Harshad Chopda and Pranali Rathod aka Abhimanyu and Akshara’s wedding preparations to Yeh Rishta Kya Kehlata Hai have been causing a lot of talk in the TV city. The cast of the series recently filmed a lavish wedding in Jaipur. Some behind-the-scenes photos and videos from the wedding episodes have gone viral online. 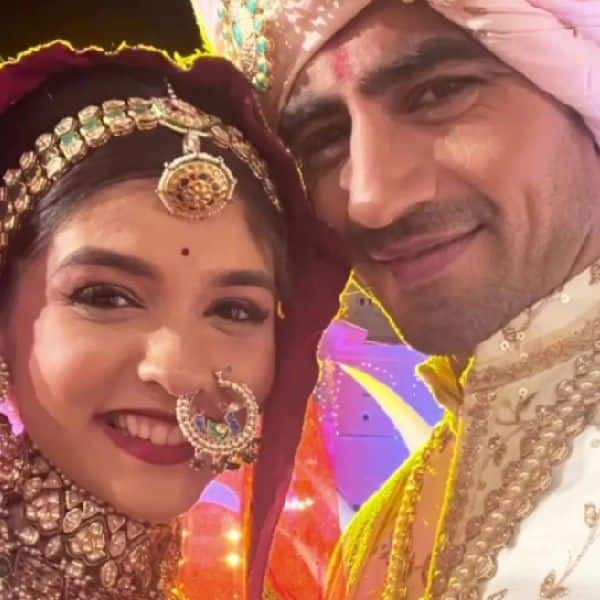 Many people’s favorite series is Yeh Rishta Kya Kehlata Hai. The show has been on the air for a long time and is one of the most popular on television. The plot of the show started with the wonderful love story of Naitik and Akshara. Thanks to the performances of Hina Khan and Karan Mehra, Akshara and Naitik have become the most popular couple on television. They quickly departed and Mohsin Khan and Shivangi Joshi took over as the leads. Kartik and Naira’s love story has begun. The smoking chemistry of the protagonists conquered the public. However, one thing the two main couples had in common was their lavish weddings. Akshara and Naitik’s wedding lasted for a month, while Kartik and Naira had a lavish destination wedding. The leads have now been replaced by Harshad Chopda and Pranali Rathod. The story of Abhimanyu and Akshara recently took place in Jaipur. The cast of the show traveled to Jaipur to film the lavish wedding ceremony. Their behind-the-scenes videos and photos from filming in Jaipur have gone viral. Jaipur Palace staff greet the YRKKH family with garlands in one of the photos. Harshad and Pranali are seen in another video filming a love song. Pranali is elegantly dressed in a green saree, while Harshad is casually dressed in a patterned shirt. Pranali also wears a cute orange lehenga with flowery jewelry. The wedding site seems to be beautiful. These photos were shared on social networks by fans.

Also read: After leaving YRKKH, Mohsin Khan became a “momo seller”, are you interested in eating?